Vancouver is a great city. It has an enormous park right next to the downtown area: Stanley Park, which is also by the shore, and next to the iconic Siwash Rock. You can see a Douglas fir on top: 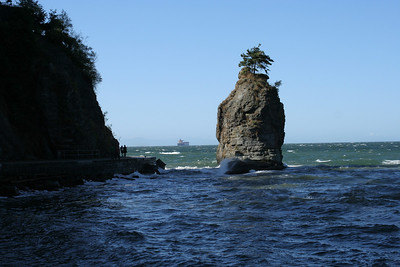 The walk to the rock was fun, as the sea was very choppy. You might think, from this photo, that it was open sea, but that is not the case. Vancouver’s bay is the Strait of Georgia, and its access to the Pacific is blocked by the enormus Vancouver island. Still, the Strait of Georgia is big, much bigger than Puget sound, and clearly big enough for waves: 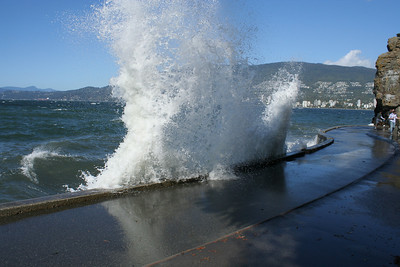 There is also the spectacular Lions Gate bridge: 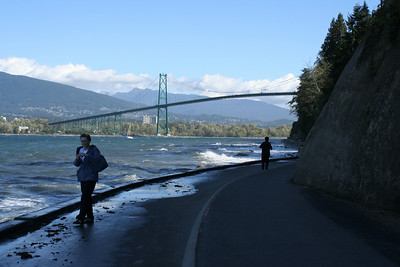 Across the bridge is Grouse mountain, a pretty intense climb. It took us an hour and a half, the climb goes up around 1000m. It was good to get the exercise, but we could have taken the tram: 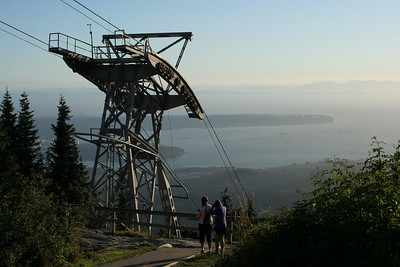 Grouse mountain is also a ski mountain during winter, and the ski lift was operating. We took it, and got even better views: 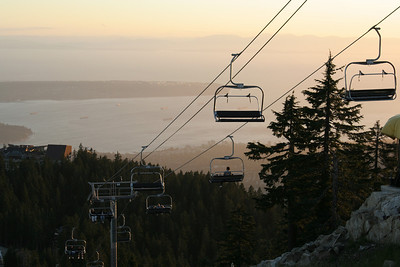 On Sunday we had a lazier day, and just drove to Lighthouse Park, again with plenty of views of the sea, and big trees.

Vancouver gets right many of the things that Portland and Seattle get wrong. There are also industrial sectors to Vancouver, but it has a wonderful, long promenade by the waterfront, a beautiful park next to it, and what looks to be a livelier, spunkier crowd of people. What’s not to like?

Well, for one thing, on the way back to the old US, I got “selected for a random car inspection” at the border. I don’t know what’s random about picking the foreigners, but I digress. I saw an old Canadian man being denied entry to the US. I was impressed by the firmness and friendliness of the officer giving him the news. “Wow”, I thought, “that officer has charisma”. But then he asked the old man to stick out his hands so he could put handcuffs on him. Oh well, I suppose they must follow the rules and regulations.

Here is my favorite piece of Canadian signage: 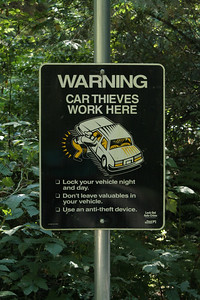 I would like to redesign it to say: “Silence: Car Thieves Work Here - please be respectful of thieves earning their livelihood, try not to disturb them”.

Ah, yes, you can also see the photo album.