A snowstorm before Thanksgiving

Last week was an interesting one. The weather forecasts predicted snow starting Monday, and very cold temperatures, and indeed they were right.

Monday noon was just cold, and there was already a thin blanket of snow over the city. 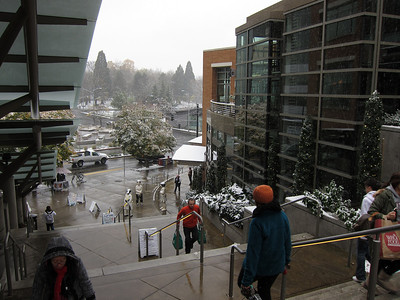 But by 3pm, we were under heavy snowfall, and I decided to head home. Not a moment too soon, it would turn out. Seattle is a temperate town, never ready to deal with rough weather. Already after a few hours of snow, cars were skidding on the slopes and blocking traffic. 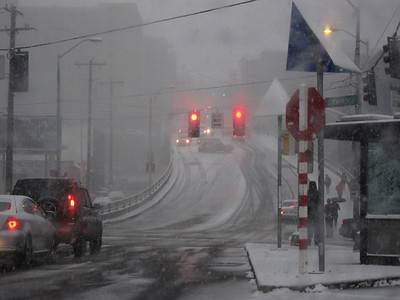 Luckily, I don’t have any heavy slopes in my journey home. Just a slow drive on the highway. 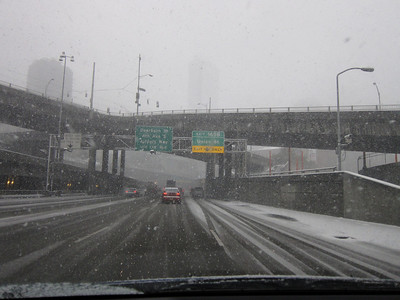 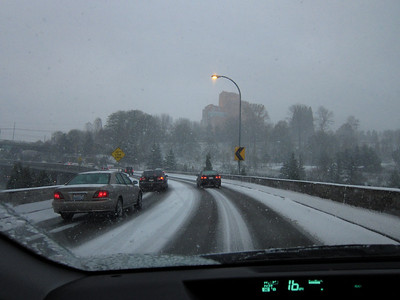 At home I tuned into the news on TV and on the web, and saw cars skidding out of control on slopes , people spending 5 or 7 hours to get home, friends having to leave their cars in the middle of the street to walk the rest of the way home.

The next day, I took the bus to work. The road was empty. Seattle was a ghost town. It was one of those deceivingly beautiful days, with not a cloud in the sky, but that could make permafrost out of your face if you weren’t careful. 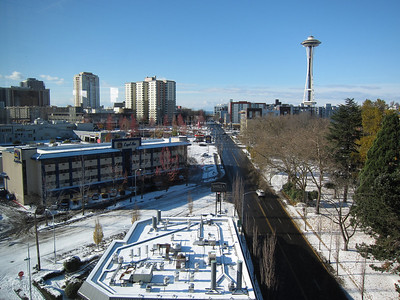