Phew, I’ve been busy! Sometimes I let my job get in the way of important things.

This post is about last weekend, which happened to be Labor Day Weekend (Monday was off). Tom came over on Thursday night, and we drove to Portland for three days. Tom is my old colleague from Bear Stearns. He’s also a computer programmer, also a fan of photography, also an outdoors person, and also has become a bit tired of New York. He’s thinking of moving to the Northwest, hence the interest in seeing Seattle and Portland.

On Friday I still went to work, while Tom explored Seattle, armed with his Nikon D70. After I got home, we went to dinner. We were both tired. We had both been sick a few days earlier, and had both stayed home on Thursday, to be in shape for the drive.

We left at noon on Saturday. It’s a three-and-a-half hour drive, and a boring one. It’s maddening that for most of the drive, the speed limit is 60mph (96 km/h), and that there is no concept of the left lane being the fast lane. After we left our bags in the hotel, we took a long walk to the city center. Portland has many names. It is known as the city of bridges - it has at least 6 - but according to Tom, Pittsburgh has more, and he lived there. It is also known as the city of roses, and the city of bicycles, and seems to deserve those names - it is full of cyclists, and has roses hanging off the lamp posts. 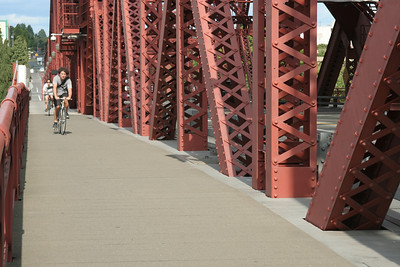 After a nice lunch in a Chinese place, we went on a tour of the whole town. Portland is small, very small. One of the attractions is Powells, the biggest bookstore in the country. It’s big alright, but not as big as I had expected. Being used to Amazon makes one blasé. Still, physical stores have their charm, and I bought a hefty book of Henri Cartier-Bresson’s photography, and a tiny one on Japanese wood block art. Before dusk, we took a walk on the promenade along the river. We saw a seafood restaurant floating on the water, which Tom’s guide recommended, and we went in. It was a good dinner; I had crab, and we had white wine. We walked back to the hotel in darkness, it was almost an hour-long walk. 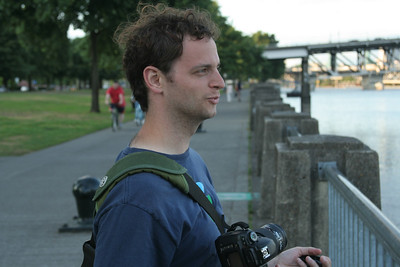 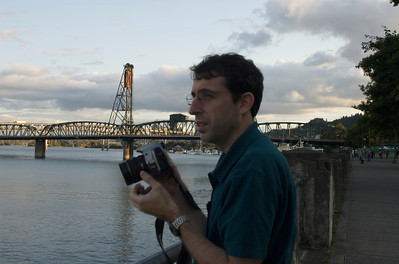 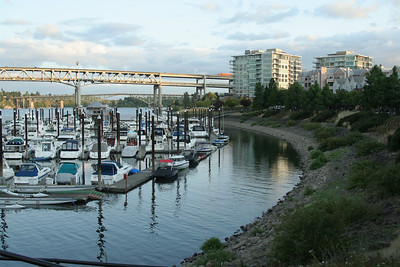 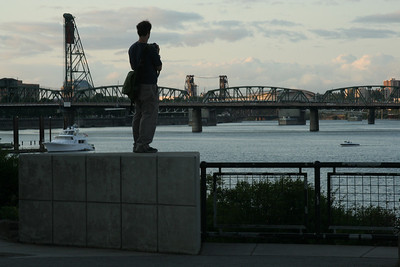 Next morning we went to the Wilderness Trail in Forest Park, in the city. It’s a very nice park, it reminds me of Discovery Park in Seattle, but unlike it, it’s a walkable distance from downtown. After lunch we went to the Japanese Garden and the Rose garden, also a part of the same park. 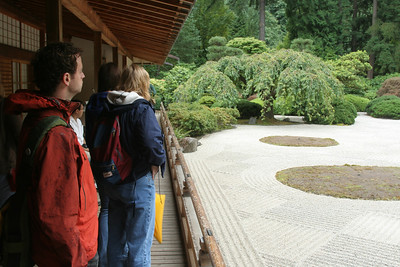 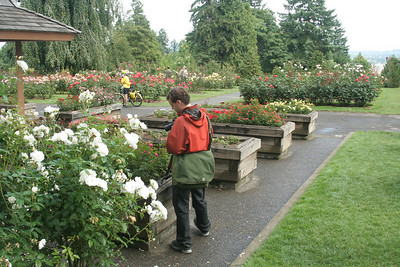 Later that afternoon, we drove to Multnomah Falls, about a half-hour East. They are the second highest waterfalls in the country, and often appear in guides of Oregon. Of course, they were full of visitors. There is a trail to the top of the falls, and we took it. It’s almost an hour of uninterrupted climbing. Many of the people who took the trail were panting at the top, which was a perverse pleasure to watch. Tom and I went farther upstream, and then a big storm began, and it was raining cats and dogs. We had taken the precaution of bringing raincoats, but I was wearing my new leather shoes. Typical. We waited five minutes under a ledge, then decided that the more we waited, the muddier the path would get. Fortunately, most of the path back down was paved. By the time we got back to the car, the rain had stopped, but our pants were soaked. 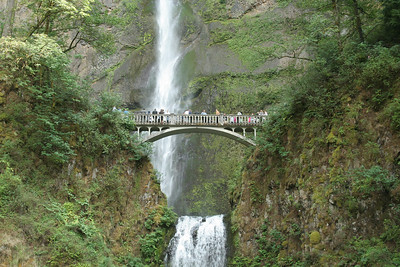 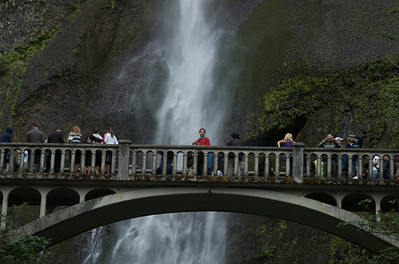 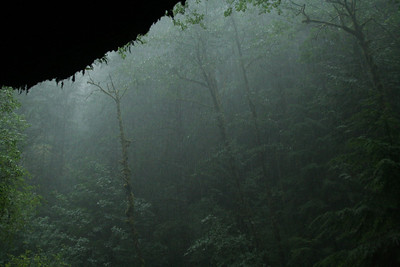 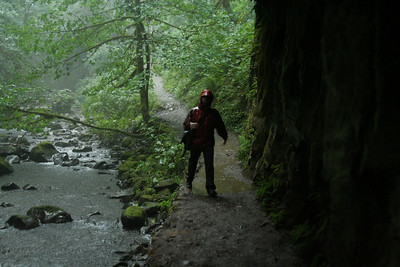 After recovering a bit in the hotel, we went out to dinner. Tom wanted to try a well-reviewed Cuban place near the hotel, but there was a long line. We explored, and ended up in a Mediterranean place called Tabla Bistro. It was a good choice, it turned out. The food in Portland is very good, very fresh, and surprisingly sophisticated. As usual, I declined choosing the wine. Tom’s first choice was a local wine, but they were out. His second choice was Marqués de Cáceres Gran Reserva 2001. It’s funny that Marqués de Cáceres is so widely available in this country. It’s one of my defaults, and I often use it for sangría (and my sangrías thus have a good reputation). I had not had the Reserva, though, and it did make a difference.

On Monday we had to drive back. I suggested to drive by the coast. Portland is about an hour inland. We visited the port town of Astoria, Oregon, famous as the place where they shot The Goonies and Free Willy. As happens with many port towns in the US, it is unabashedly industrial, at parts ugly. Astoria, though, has a charming residential area, set in a hill, with Victorian houses. It also boasts a spectacular bridge, which we took by mistake. One thing about the Northwest: the road signs give very little warning. 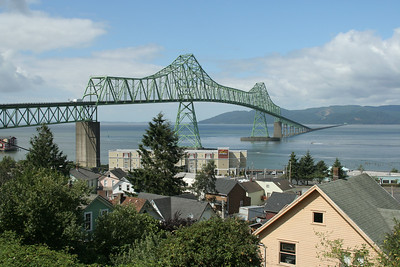 After another seafood lunch, it was back to the boring highway, Seattle for me, New York for Tom, and a looming deadline at work. More photos in my SmugMug album.