At last, my first camping trip since I moved to Seattle. In fact, my first camping trip in a long time. My friend JP from work asked if I was interested, and of course, given the great weather we’ve been having lately, I was. He also hadn’t gone camping yet. He bought a book on hikes in the area, and narrowed the choices to a few, and then we decided to go to the Cascades because of the short car trip, only slightly longer than an hour.

JP brought Elia and Luis, and I brought Emily. We met in Redmond at half past two on Saturday, had lunch, drove through some lovely scenery, and started hiking around 5:30. From the car to our camping area by lake Greider, it was an almost uninterrupted climb, a bit over 2 hours, around 500m vertically. We were in the middle of a forest of firs, and the sun almost didn’t hit us. Towards the top there were a few areas of snow. 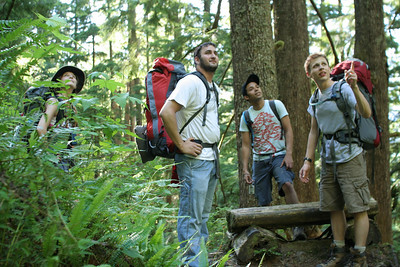 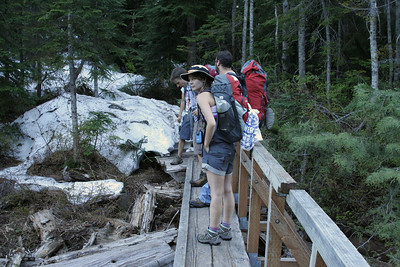 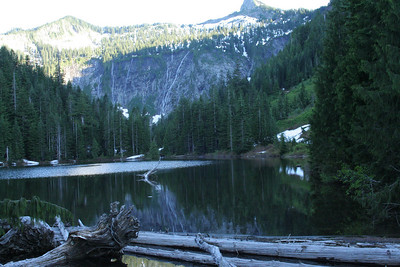 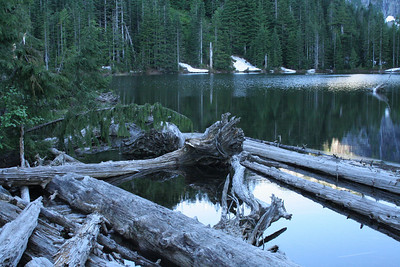 There were few clearings to camp in, and most were taken, but we finally found a good spot by the larger Greider lake. JP had brought a steak, and a pan, oil, potato and onion to cook it with. He used to be an Eagle Scout, and he impressed us all by starting a fire from the old coals left from previous campers. While the fire was going, we built our tents and unpacked the rest of our food. Emily, Elia and Luis had brought dried camping food, which just requires adding boiling water to the bag, stirring, and waiting 10 minutes. To boil the water we used my JetBoil burner, a wonderful piece of gear that I picked up three years ago. I don’t like that type of food, so I ate canned sardines, cheese and fruit, and we all shared nuts, chocolate, and JP’s fried potatoes. 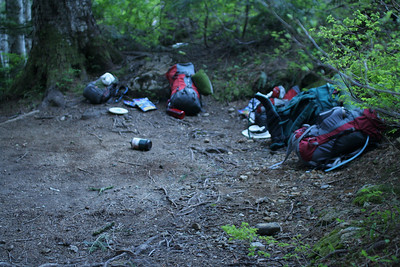 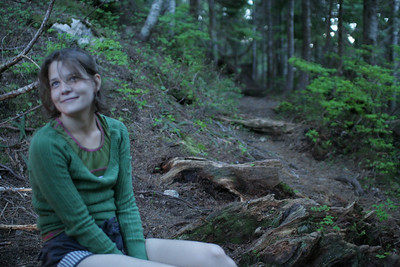 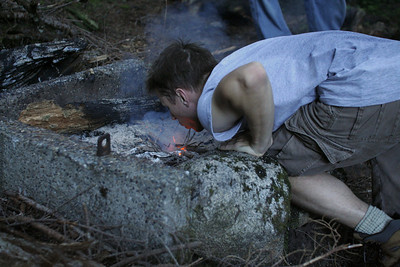 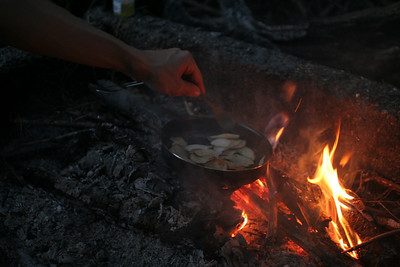 The guys had brought a bottle of wine and a small bottle of Jack Daniels, so as you can imagine, a lot of laughter and silly conversation ensued. Poor Emily was stuck with four technical guys, but I think we all had a very good time. Of course, sleeping in camping is never as comfortable as a proper bed in a proper room, so we all woke up early and sleepy next morning. After leisurely having breakfast and packing up again, we headed down. We were proud to take with us some of the garbage previous hikers had left. 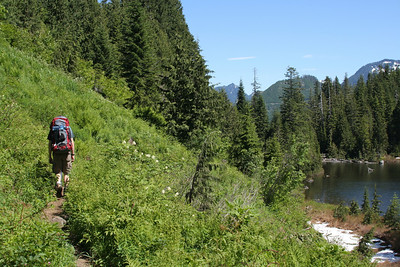 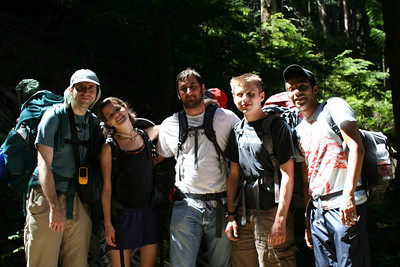 After lunch on the way back, in the tiny town of Sultan, we all gathered in Redmond to pick up Emily and JP’s cars, and went our separate ways. It was a fantastic weekend.

You can see more photos in my SmugMug gallery.